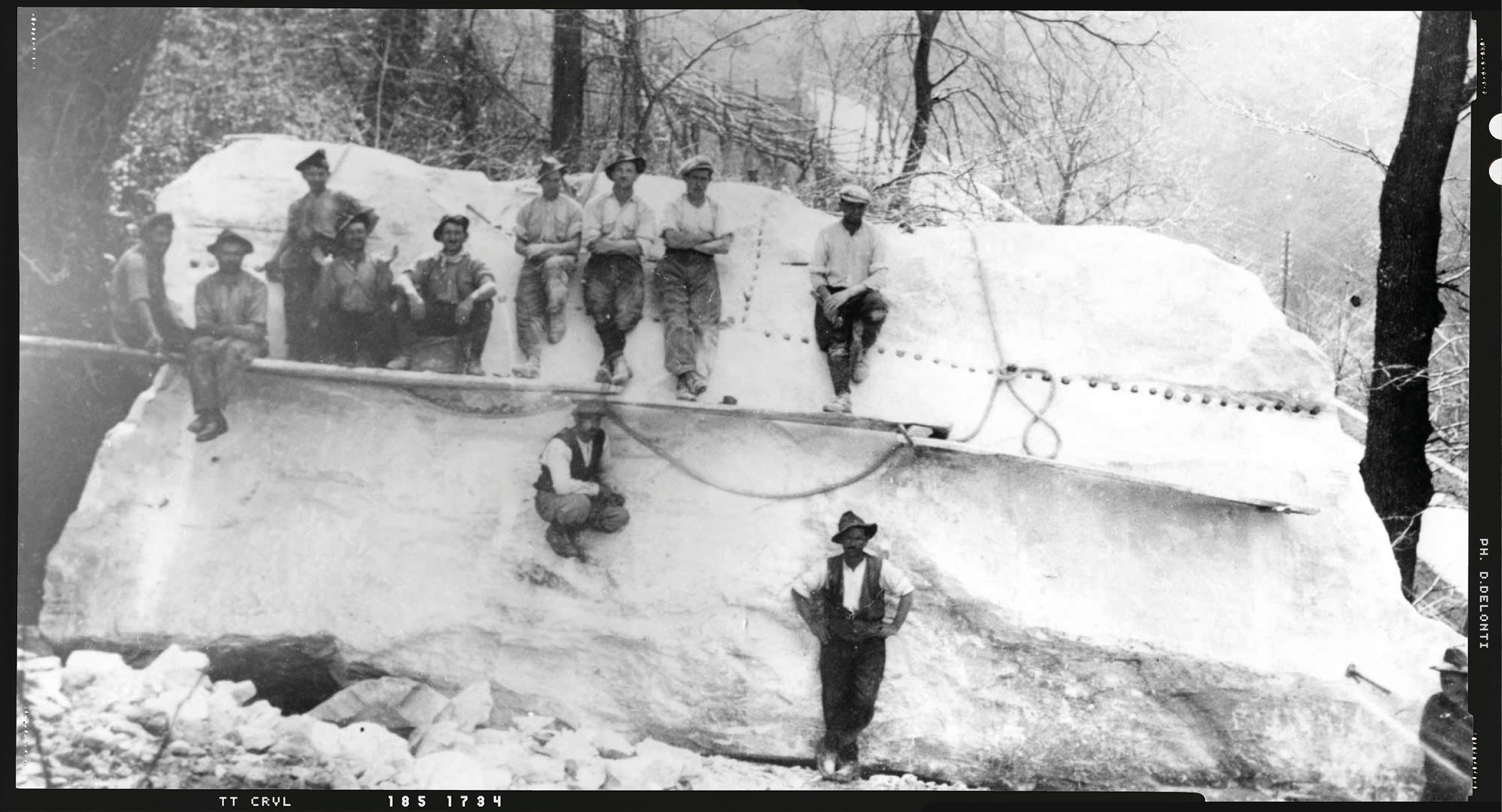 From the Crevoladossola quarry to great monumental works.

The use of stone as construction material, whether of lower quality for ordinary building structures or of high quality for temples, tombs, and monuments, can be visualised throughout the history of human civilisation. Because stone has been used to give expression to human creations, it is an important part of the human cultural legacy. 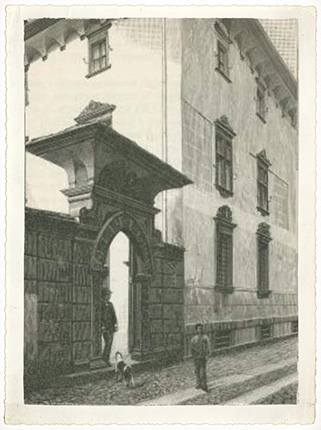 Façade made of Palissandro marble.

Located around the small town of Lorgino, Palissandro marble has been used for centuries. The first historical references date to the 11th century.
Palissandro marble was used to build several important monumental works, most notably the Arch of Peace in Milan and the Pavia Cathedral.

In the mid-15th century, following the example of its neighbour Milan, the city of Pavia began dreaming of its own prestigious cathedral. Cardinal Ascanio Sforza, brother of Ludovico il Moro, was an adamant supporter of the project. Construction began in 1488 under the direction of architect Cristoforo Rocchi, who worked on a design by Bramante.
The builders choose the quarry of Crevoladossola, since it was able to supply high-quality marble in great quantities.
The Crevola Quarry also became known as the Quarry of Pavia because for centuries the citizens of Pavia continued to use the quarry for other projects. 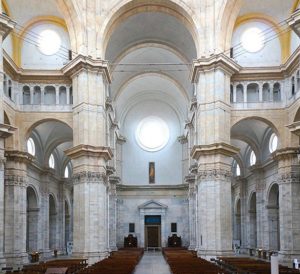 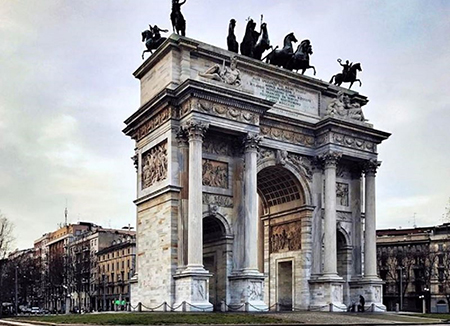 The Arch of Peace represents one of the most imposing and significant Neoclassical monuments of Milan.
The triumphal Arch located at the beginning of Corso Sempione was built to symbolise the opening of the Napoleonic Road which linked Milan to Paris. Following Napoleon’s overthrow, the Arch of Peace was dedicated to European peace treaty that the European nations signed in 1815 in Vienna

To create the eight monolithic monumental columns, the sculptures and the colossal river statues of the arch, a single magnificant block of Paissandro marble was used. Transported to Milan on especially built carts in order to sustain the weight and to avoid cracking of the columns which were 12.63m in height with diameters of 1.27m.

In 1974, Lorenzo D’Aloisio purchased the quarry of Crevoladossola, the only deposit of Palissandro marble in the world. This is a rock formation of extreme beauty: bright and polychromatic, with great resistance. The purchase of this deposit represented a crucial stage in the group’s history. From that point it focused its activities and development strategies on the extraction, processing and marketing of marble from the Palissandro quarry. 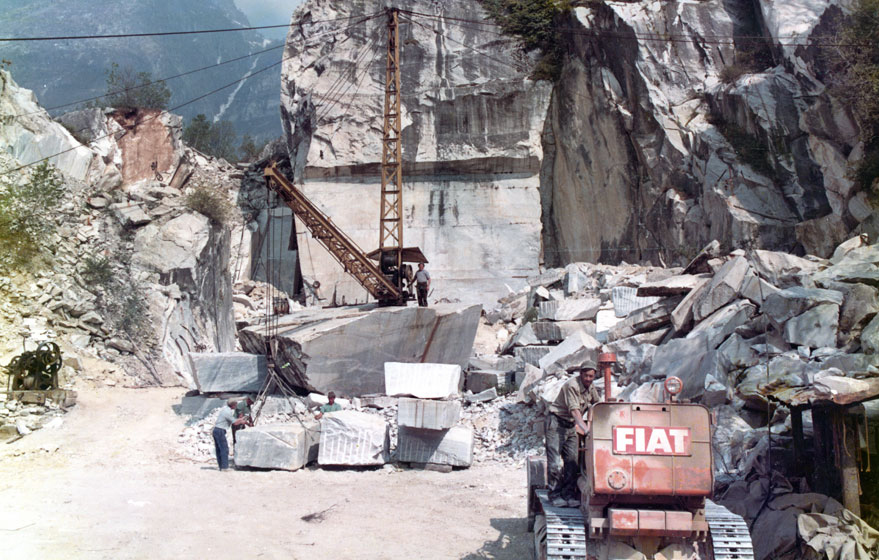 The Crevoladossola quarry in the 1970s. 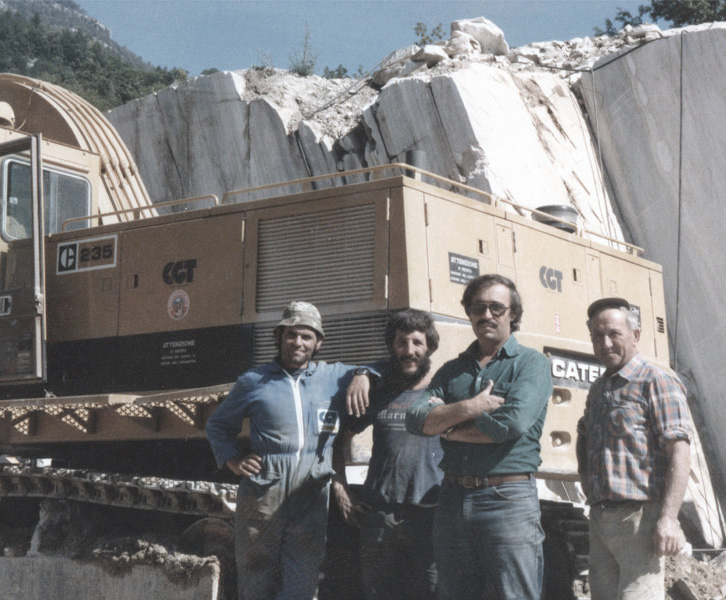 Lorenzo D’Aloisio with some quarrymen. 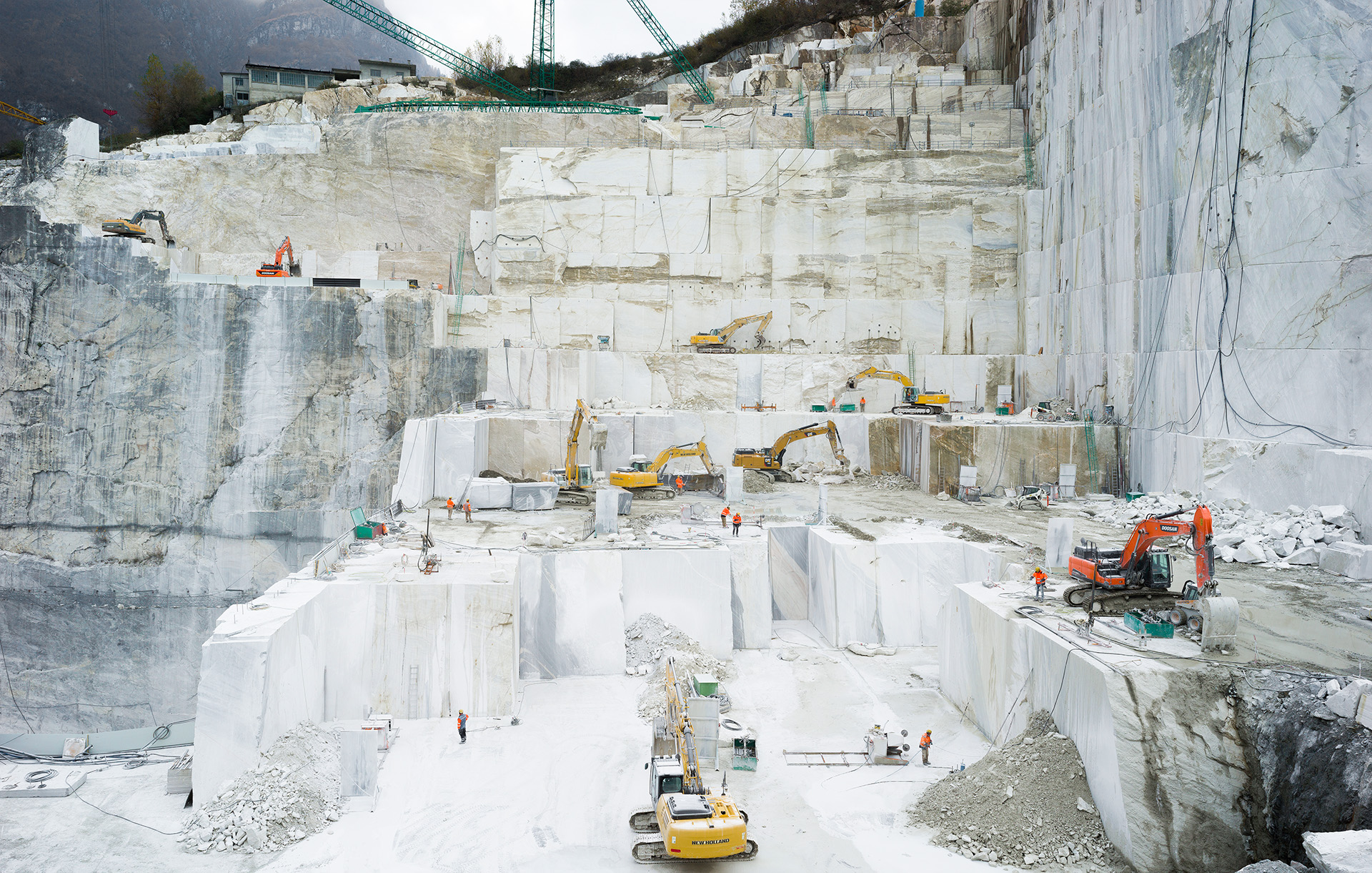