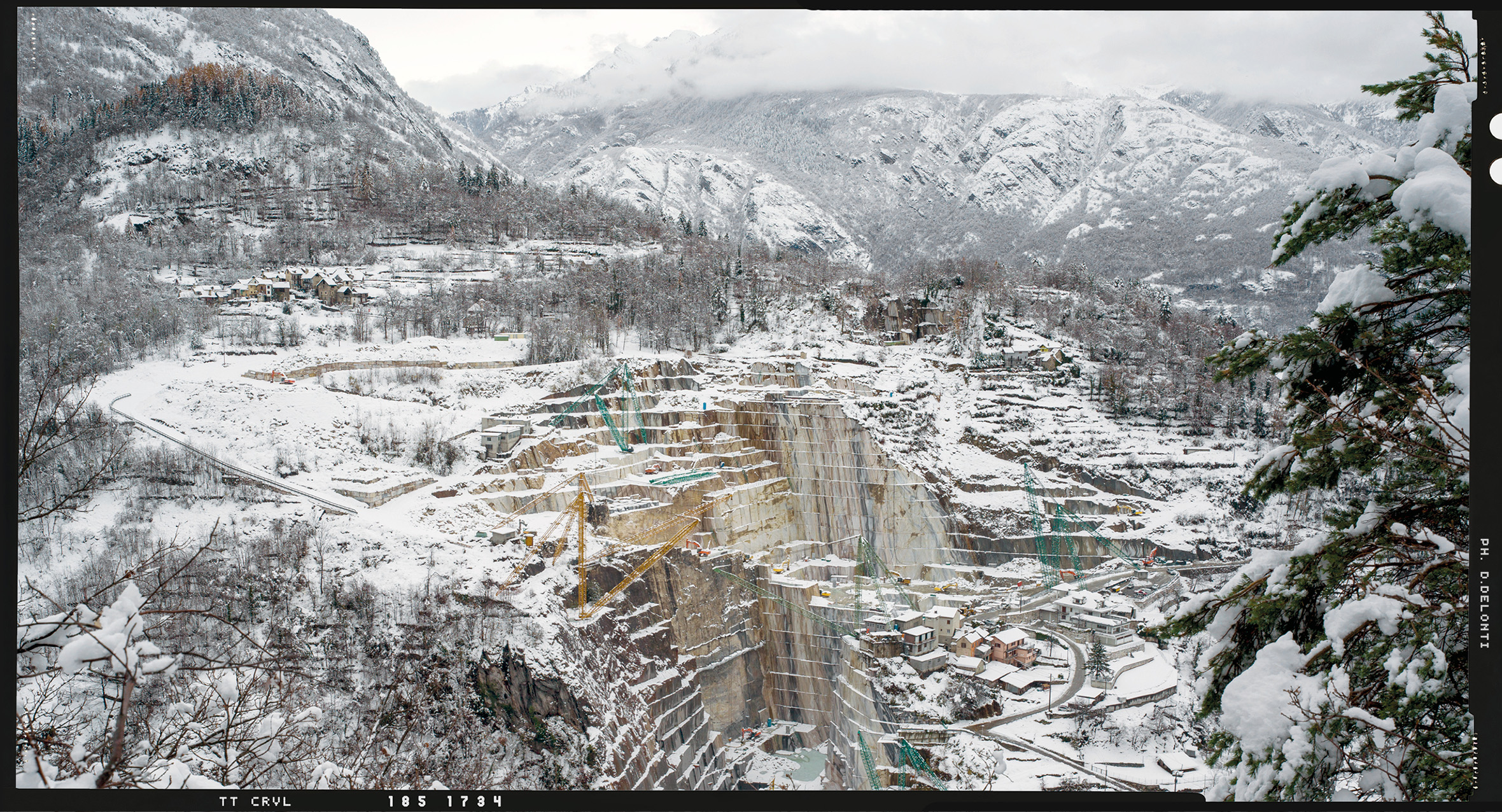 The mountain is our world, and we know how to respect it.

The mountain is our world, and we know how to respect it.
We use marble, a natural resource which is not renewable, though we create other resources which we bequeath to the planet.
We produce natural resources by giving new life to extracted areas which are no longer used. We fill the emptied spaces by developing projects for them, which fall under three main categories:

We reuse waste products from stone processing to reinforce waterway banks, coastal shores and ports and the bases of bridges built in water. We also use them for the construction of roadbeds.
In addition, a portion of our waste finds new life in the production of works of sculpture (such as those by Daniela Madeleine Guggisberg and Daniele Aletti) and design objects (including projects by Pietre Trovanti).
We produce cultural resources: the quarry is not only where we have developed our life and work experiences but also the place which preserves the memory of geological eras, where art, science, technology and the history of human activity cross paths. When extraction comes to an end, we take care to revive quarries by converting them into natural parks or even performance theatres. A quarry indeed contains the perfect natural scenography for plays, concerts and operas. In organising these new destinations, we actively collaborate with the local communities of our valley, promoting projects such as Tones On The Stones.
We produce architectural resources because marble is an eternal material. The large and small works created with this rock are bequeathed to the planet as testimony of the evolution of human civilisation.
We produce economic resources by contributing to the economy and well-being of our valleys and by introducing the entire world to the unique character of these places.